Just like every haunted Halloween, the traditional and classic costume, the ghost, has popped up in 2021. The #ghostphotoshoot, which went viral on TikTok last year, was created by @jackjanson88, who was excited for Halloween. Jack was listening to a song with an album cover featuring a ghost with human arms. Craving the spooky spirit, he threw on a bedsheet, Doc Martens, white shin-high socks, and clicked the shutter for this new challenge. Freshman Sophia Baranic comments on this trend saying, “Who would’ve thought that bed sheets and sunglasses would go viral. I mean it’s so random but it works.”

People can dress up however they want and they don’t really get judged by it. You can just have fun with it and go crazy and it’s pretty fun.”

While pumpkin carving has always been a Halloween tradition, this year, people have added a new twist to it…a photoshoot! #pumpkintrend is a quick clip of people’s pumpkin carving process, ending with the carved pumpkin as a mask. There used to be just one headless horseman in past years, but now there are countless more popping up. Senior Manuel Ramirez describes the pumpkin trend as, “Really similar to the ghost trend from last year, but this is cooler.” He continues by explaining how the pumpkin trend is more unique, “The ghost trend was the same thing but less original, because it is just like putting a sheet over your head, while this year everybody can do it [the pumpkin trend] a little differently.”

attributed to JimmyWilson01 on YouTube, spread throughout the platforms quickly, ranging from Facebook to TikTok. Although the origins of this trend originate from 2017, this trend always pops back up during Monstober. Freshman Inji Hamdoun remarks on this trend by explaining, “brings lots of fun and joy to Halloween and really pumps it up. Also, I think it celebrates the carefree spirit of Halloween’.”

Overall, Halloween has accumulated a lot of attention around the globe from its humble traditions. A couple of students comment on Halloween as a holiday. Senior Manuel Ramirez speaks on this saying, “People can dress up however they want and they don’t really get judged by it. You can just have fun with it and go crazy and it’s pretty fun.” From dressing up to trick-or-treating to even staying at home and watching scary movies, many people enjoy this day with friends and family.

Beginning as the day to scare off evil spirits, Halloween has come a long way, and a lot of that can be attributed to social media in relation to trend setting and publicity. Manuel continues by saying, “The trends that you see on social media on Halloween – when they mix together, can be pretty cool.” New traditions and many more up-and-coming trends have all contributed to Halloween’s widespread popularity. Freshman Emma Weibel excitedly speaks about how, “during Halloween, social media does a great job where people get into the spirit.” From the dancing skeletons, headless horsemen, and bedsheet ghosts, this year’s Halloween is going to be Spooktacular! 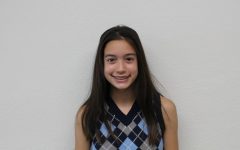 The one, the only, Solaine Bardin. A freshman working as a staff writer for the Hi-Tide, in her first year of journalism, Solaine Bardin is intrigued by...

How Has Halloween Changed Over Time?

Halloween, the celebrated holiday known for its costumes and candy, differs from its origins and how people around the world celebrate it today. It has evolved to become what Americans recognize today; a night of dressing-up, trick-or-treating, partying, pumpkin-carving, and more. However, the origins of Halloween, different nations, and troubling world events portray the differences in the Halloween everyone knows today. 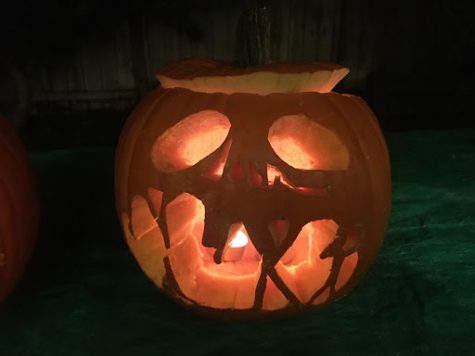 Halloween, or All Hallows Eve, originated as the Celtic celebration of Samhain, a day that signified the end of the harvest and summer the beginning of winter. Celtics would dress up in costumes and dance around a bonfire to ward off ghosts. Later, when the Roman Empire swallowed most of Celtic land, the celebrations of Samhain and Roman celebrations combined and three holidays emerged; All-Hallows eve, or Halloween, All-Saints day, taking place on November 1st, and All-Souls day, taking place on November 2nd, a day blessed by the church to celebrate the dead. It later became what it is known for today; trick-or-treating and dressing up.

Freshman Julie Sauve, who was raised in France, explains how it is apparent that the Halloween Americans know differs from Halloweens around the world, such as France. Julie mentions that the main difference between these two is, “How the people are really excited for it. You can see like decorations for Halloween in September… that wouldn’t happen in France.” As she grew up in a bilingual school, she was familiarized with the American culture of Halloween. French children would not usually trick-or-treat, as this activity is not as common as most people think.

This celebrated holiday also has differed in past years because of world-wide events that left people too shocked to celebrate. In an interview with Mr. Essex, an English teacher at La Jolla High School, mentions that, “The Halloween after 9/11 nobody was out except myself and my two kids.” It is apparent that during the year 2001, people were too stunned by 9/11 to celebrate Halloween. Another type of event with similar effects on people’s willingness to celebrate Halloween was the COVID-19 pandemic last year. In a serious lockdown, people were ordered to stay home, and the classic traditions of Halloween – parties and trick-or-treating – virtually disappeared. These world-wide issues left a mark on society and altered the course of a regular Halloween.

You can see decorations for Halloween in September… that wouldn’t happen in France.”

American celebrations of Halloween differ from the holiday’s origins and how the rest of the world commemorates this event. Once an ancient Celtic celebration of Samhain, it is now a commended holiday of dressing up and eating candy. The American Halloween is now unrecognizable as to what it was in the past. As this holiday approaches yearly, American society can recognize this holiday and the growth and hurdles it has had to overcome in order to evolve into what America celebrates today. 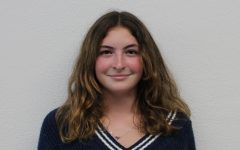 Marie Rebeiz is a staff writer for La Jolla High School’s Hi-Tide. Rebeiz is a freshman and new to journalism. Marie has no professional experience with...