How Has La Jolla High School Changed in the Past 100 years? 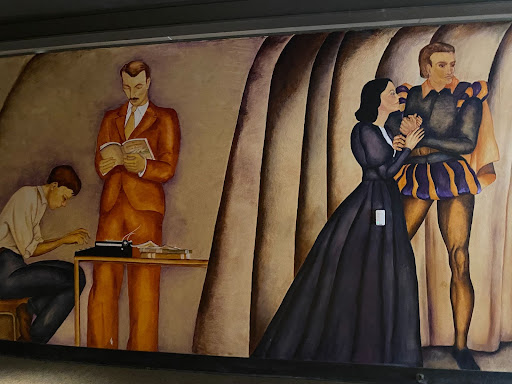 Everyday, students pass at least one of the La Jolla High School signs located across  campus. Previously, the ‘est. 1922’ lacked major significance, however in the 2021-2022 school year, this is on the contrary. The upcoming 100-year-anniversary of La Jolla High can be seen as the most prominent commemoration of the school and community since its establishment. La Jolla High has changed drastically in the past century, which is evident through many factors including campus, academic, and community changes.

The most noticeable changes made to LJHS since 1922 are the campus modifications.  For instance, there have been significant improvements made to the quality of the football field; as it was originally a simple dirt field. The addition of the Aquatic Complex increased the size of the school massively. Prior to the addition, the unoccupied space was used as a parking lot. This space was filled by the Coggan Pool in 2002. Even though there were beneficial additions, there were also unfortunate removals. For example, in 1975, the high school’s proscenium was demolished after being deemed unfit to withstand a seismic event, resulting in the loss of Belle Baranceanu’s “The Seven Arts Mural,” a mural, created in 1940,  located over the arch leading to the stage. However, what remains is a dedication mural from the class of 1960 for Baranceanu located at the back of the auditorium.

Furthermore, there have been plenty of alterations in the courses offered at LJHS. For instance, some language courses that were previously offered were Japanese, French, and ASL. However, Mrs. Eaton, a teacher who has been at LJHS for 20 years, said, “when one program goes away, other new exciting ones take place. Academics have never faltered; the courses are still strong.” For example, the BioMedical Pathway program, which was added as a course option in 2015, has offered students with interests in the biomedical sciences field a chance to deepen their understanding of what the industry entails.

Originally, La Jolla High was only 10th-12th grade; 9th grade was offered at Muirlands. Thus, there were many additions in course selections when the extra grade was added to the high school, and the amount of students in the school increased.

Additionally, the La Jolla community has changed remarkably since 1922. From chalkboards to Promethean boards, and ancient textbooks to online instruction, the way of life can be seen as constantly changing. The current life of a high schooler is significantly more modern, technologically speaking, than the life of teens even 50 years ago. For example, as Jim Geddes, a La Jolla High alumni from the class of 1973 said, “When kids focused to connect, there were no iPhones or iPads, there was no such thing as Facebook or any social media sites, we just related face to face.” The educational methods for students today, in comparison to the early years of La Jolla High, have improved outstandingly, which is a direct reflection on the change in societal culture.

As La Jolla High continues to offer students a place to grow and learn, it itself will continue to change. The upcoming anniversary marks one full century of establishment, and it’s place in the La Jolla community has been proven to be essential to the education of its students for the past 100 years. 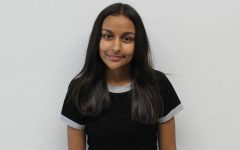 Kyra Sharma is a freshman in her first year of Journalism as a staff writer. Since middle school, she has had a passion for writing, which she discovered... 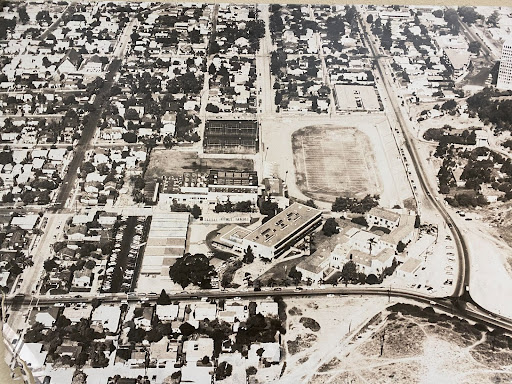 In the year of 1922, La Jolla High School first opened its doors to the students and staff. It stands as the second oldest campus in the San Diego Unified School District. This was the start of a long lasting legacy of the Vikings, the school’s mascot, that has continued to this very day, 100 years later.

La Jolla High School holds the past of the people who have come before. A notable person would be Ms. Lecren, a teacher at the school for the past 25 years. “The school has always been everything you would expect from a highschool. It has good kids and bad kids. It has sports and academics, parents who care, a town who cares, and people who have gone here have a very strong attachment to the school.”  After the changes and development of the past century, the one thing that remains the same is the fondness of the Viking carry of the school. Mr. Frank, an alumni of the school from La Jolla High in 1990, has been coaching for 26 years and teaching for 23 years. “The cool thing about La Jolla High School is that it’s such a small community and such a tight knit community you know it’s a family atmosphere.” The high school only had three years as a sophomore (10th), junior (11th), and senior (12th). The school is 12 acres long with modern day accommodations. It has numerous buildings and has been renovated throughout the years. Unlike the past, it has 1,400 students today. Long ago, there was only one main building with barracks, a building to house soldiers, behind it. In order to have a full school, people from neighboring high schools-Pacific Beach and Mission Beach-would travel to make up for the amount of students. The first school bus was parched by the Viking 1926 speed wagon. This was used for sports games, which was always very popular, and student transportation. Starting in the 90s, the buses became more used. When the number of buses rose, the school added a more diverse group of students.

In 2003 the pool was built and in 2001 turf in the football field was added. In the early history of the school, sports were primarily for boys. Football, basketball, cross country, tennis, baseball, swimming, and track have been dated back since the beginning of school history. People would play sports all year round, joining a new sport every season. The girls did not have sports teams until Title 9 Act 1972, stating equal rights for men and women. Before then, girls had formed groups, even though they did not count towards the California Interscholastic Federation (CIF). The school colors, scarlet and black, came to be when the San Diego University donated old uniforms. Finally, boys and girls were required to take different quarter classes. Boys took metal shop, wood shop, mechanical drawing while the girls took home economics. The boys and girls were required to take different courses in the four quarters. They had choir and school plays.

During World War II, the years of 1939-1945, the school operated differently. The students did not have much means for transportation. Supplies, such as rubber, were scarce. The students did not have much room to cover if there were to be a bombing at the school. They were told to take cover under the desk and had drills. They lived knowing that at any time there was a possibility there might be a bombing by the Japanese.

Rudy Friberg is an alumni of La Jolla High School class of 1947. He taught 52 years and retired at La Jolla high school at 68 years old. “Mainly in athletics, I learned to work real hard and don’t goof off and the same thing in subjects I worked hard and continued working hard. Be faithful and be honest. That is important to me.” La Jolla High School is a place for the growing next generation of people and the rich history will always be remembered. 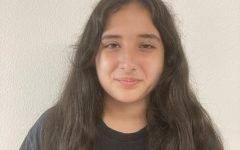 Alizee Carey is a sophomore at La Jolla high school. This is her second year in journalism, now as spotlight editor. Joining journalism was the best way...