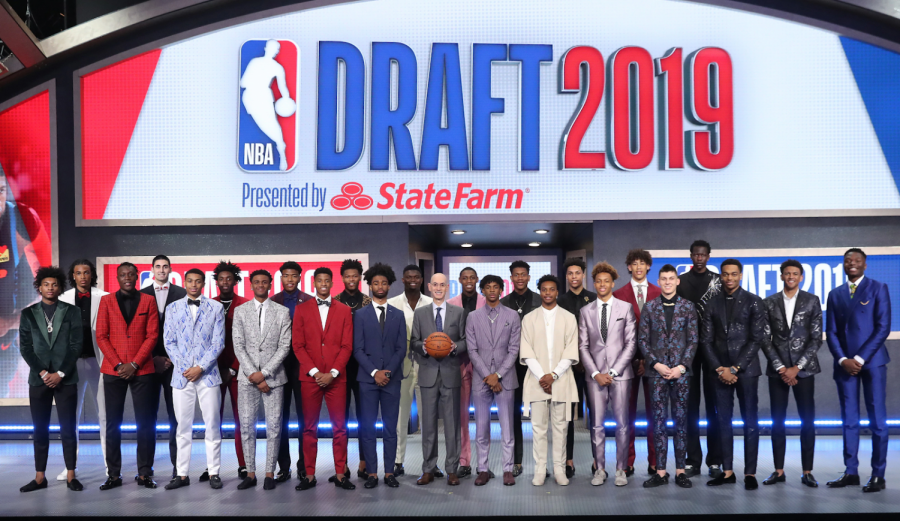 The 2020 NBA Draft took place on Wednesday night, November 18, at 7:00 pm. This year’s draft was like no other. Due to COVID-19, the season has had a quick turnaround from last year’s bubble season, with only three months in between. The trade market has been saturated, many trade deals have already been struck, including All-Star Chris Paul to the Phoenix Suns, Jrue Holiday to the Milwaukee Bucks, and Dennis Shrӧder to the Los Angeles Lakers. There is always talk about the big blockbuster trade. This season a potential Houston Rockets breakup between Russel Westbrook and James Harden has been on the table. According to ESPN NBA Insider Adrian Wojnarowski, Harden is looking to get moved to a ‘serious contender’ and a reunion with Kevin Durant in Brooklyn is quite possible. All of these trades could shake up the draft in a huge way because multiple draft picks have already been traded or exchanged.

This year’s draft is loaded with talent. Lamelo Ball, Anthony Edwards, and James Weisman headline the draft board. Lamelo Ball decided to forgo college basketball and decided to play overseas, where he signed a contract in the National Basketball League, the preliminary league in Australia and New Zealand. Many scouts observe the strength it takes to play alongside grown men and have Lamelo getting drafted in the top three. Anthony Edwards had a stellar freshman year at Georgia, where he showed his freakish athleticism and consistent offensive production. Rounding out the projected top three picks is center, James Weisman. Weisman was the number one recruit coming out of high school and decided to join Penny Hardaway’s squad in Memphis. He showed tremendous shot-blocking ability and good touch around the rim.

The top pick goes to Minnesota, who has had top lottery picks for the past couple of years. They have a very talented young team with D’Angelo Russell and Karl Anthony-Towns. They selected Anthony Edwards out of Georgia with their pick, although they were looking to trade the pick until the very last minute. With the second pick, the Golden State Warriors selected James Weisman. Weisman goes to the Warriors after a down year due to injuries and fills their need for a starting center. Lamelo Ball got picked up by the Charlotte Hornets with the third pick, where he can help the young team immediately.

The starter on the varsity basketball team at La Jolla High, Brennan Ross, spoke about his favorites coming out of this year’s draft. He stated, “My number one prospect was Lamelo Ball.” It was a surprise to many that Ball fell to the Hornets at pick three. Brennan also talked about James Weisman, whom he thinks will have an instant impact in Golden State. There were many surprises in the draft. Ross stated, “I think Patrick Williams was taken higher than expected… Tyrese Haliburton was a bit overrated as well.” Chicago took Patrick Williams at number four, although the 18-year-old never started a game in college at Florida State. Haliburton was taken by Sacramento with the twelfth pick. Ross claimed, “Haliburton is a solid player, but not a guy I would build my team around.”

The 2020 NBA Draft did not disappoint. It was action-packed with trades, controversial picks, and bright futures emergence. The draft was loaded with young talent that will make a big impact in the league for years to come.