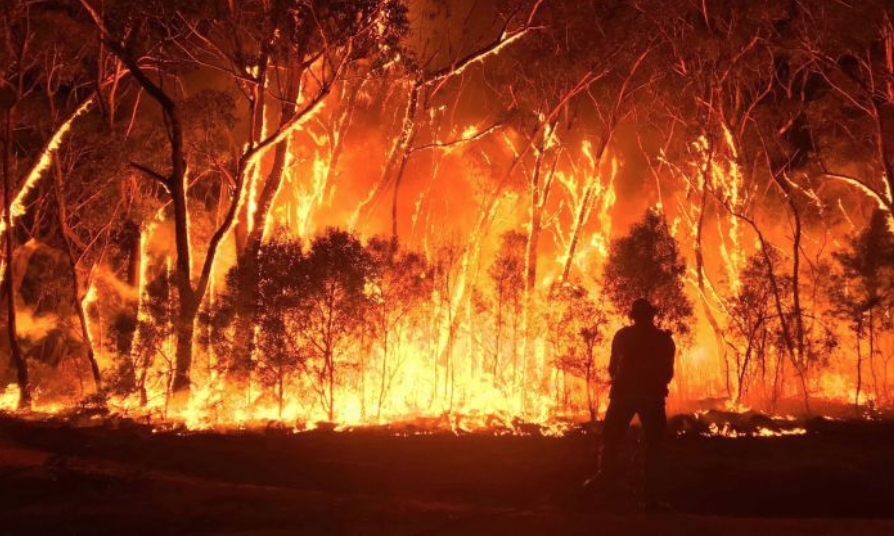 Every summer in Australia, there is a period of hot and dry weather that is ideal for wildfires. A heavy drought in Australia started the wildfire season early this past September. The wildfires are usually started by natural causes such as dry lightning, but sometimes humans are to blame. So far, legal action has been taken against 183 people in Australia and 24 of them have been arrested for arson. At least 18 people have been killed nationwide, not counting the millions of animals that have been killed.

Although the majority of the fires are caused by natural events, people are getting caught for starting additional fires. These fires are fueling the wildfires and exacerbating the problem. After discussing the topic with Junior James Dessert, he said, “It’s killed millions of animals and is killing the environment. I understand how it is a natural event and was going to happen anyways, but the people who are starting other fires should be responsible for the damage they caused.” Australian officials have to choose how to prosecute the people responsible for starting additional fires. The difficult task for authorities is deciding whether the fires were started intentionally.

Many people are not aware of all the causes of the Australian fires. In an interview with Junior Nicholas Teeple, he talked about how many people are not aware that the fires are a natural event. “I don’t think that everyone understands that the fires were naturally caused. It’s a hard topic because of all the animals that are being killed and all the destruction that is being caused. But what many don’t understand is that most of the fires are a form of natural selection. On the other hand, there are people who are creating more fires and that’s terrible to hear.” So far, 24 Australians have been arrested for arson and the fires have not stopped.