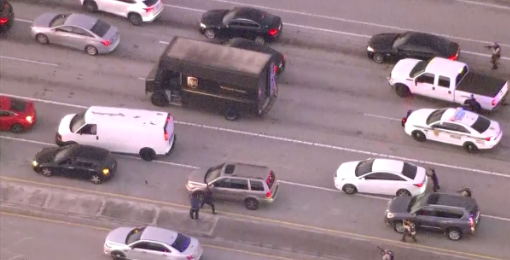 A fatal event took place December 6th, 2019, on live television. After an armed robbery at a jewelry store in Coral Gables, Florida, the thieves hijacked a UPS truck with the driver taken hostage. The Miami-Dade Police pursued in a high speed chase until meeting at an intersection in Miramar County, where a deadly shootout took place. Police surrounded the truck with guns drawn at the intersection and proceeded to fire at the truck with civilians caught in crossfire. The police exchanged rounds while using nearby civilian vehicles as cover. The shootout ended with four casualties: the two hijackers, the abducted UPS driver, and a 70-year-old man who got shot by a stray bullet. The police’s decision on whether or not they should have faced the armed men with plenty of civilians around is being brought up during the investigation.

Many people are wondering if the police should have preceded the way they did considering how many civilians were present. Junior Sean Ross said, “They shouldn’t have shot at the truck blind, unless the civilians were already in danger, then it would have been okay for the police to fire back.” The shooting is currently under investigation by the Miami-Dade Police Department and the FBI. They have not released all of the details yet. Junior Alex Young brought up the issue of not knowing who shot first. “The accuracy of the police’s judgement really depends on who started the shooting,” Young said. The police are still investigating this event before they release all of the information to the public.