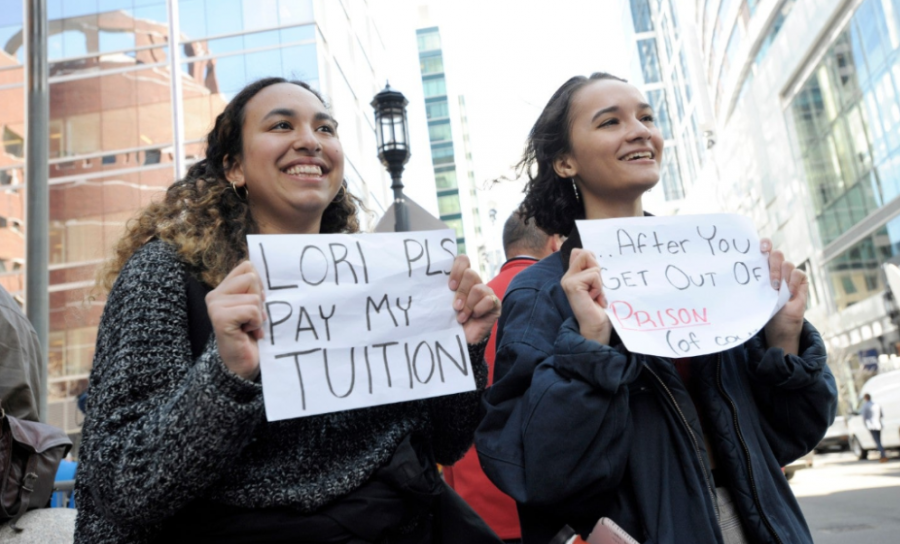 “Operation Varsity Blues” was a scandal in March of 2019 when 50 parents bribed college coaches to promote their children as brilliant athletes in order to get them accepted into some of the United States’ most prestigious universities. The affair sullied the reputations of these universities and the more well-known of the parents. This event remained big news for weeks.

Viewed by some Americans as an example of upper-class privilege, the scandal has prompted many to speak out about the difficulty that less wealthy students face in applying and getting accepted into college. In response to this outbreak, the Common Application – a college admission application that can be used to apply to over 800 universities both in the United States and in other nations – launched a redesigned application in August. Common Application CEO, Jenny Rickard, stated in an interview with college-oriented newsletter Inside Higher Ed,“‘We… need to actively alleviate an applicant’s anxiety and reduce the barriers that students face in applying to college by being more transparent about institutional admission and financial aid policies and practices.’”

Many LJHS students use or are planning to use the app to apply to their colleges of choice. These revisions would most likely benefit them. Additionally, it would take a bit of the load off of counselors like Mrs. Holly, who says she’s “usually super swamped” with work.

As a direct result of the Varsity Blues controversy, several top-tier universities have changed their admissions processes. For example, University of California officials have implemented several changes to their admission policies. A few were discussed at their 2019 audit meeting, such as, “Ensuring that there is sufficient documentation, approval and rationale for… admission decisions on the basis of athletics or special talent” and “the monitoring of donations to prevent admissions decisions from being made on the basis of expected financial gain.”

These adjustments to the admission process may not be immediately noticeable. Junior Evan Murphy, for one, didn’t “know of any changes off the top of my head, no”. However, they certainly indicate progress, especially since UCs were the most heavily implicated schools in the affair. Even underclassmen like freshman Nina Korevaar, who says she will “probably apply to a UC, as a safety,” can appreciate the efforts to ensure that all applications are thoroughly and equally considered.

Few other universities have shown the same inclination towards improvement since the story broke several months ago, even though many college applicants think that change is needed: “They [admissions officials] definitely could’ve researched better. There are hundreds of people out there who deserved to get into those [colleges] who just got screwed over,” says Murphy.

Varsity Blues wasn’t the first scandal of its kind, but it was the biggest. It exposed the most issues  and prompted the most change in the United States’ longstanding college admissions system. It caused an entire state to modify its universities’ admission process and influenced a remodel of the most widely used college application in the country.