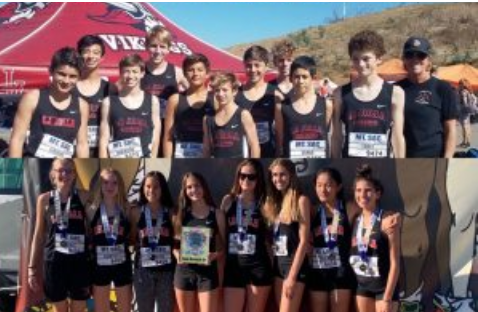 On Friday, October 25th, Girls’ Varsity, Boys’ Varsity, and Freshman Boys’ Cross Country teams participated in the Mt. San Antonio College invitational race, commonly called Mt. SAC. The mountainous race is one of the most prominent in the US. “There were people there from all over the country,” remembers Freshman Howard Hodgson, a runner for the boy’s freshman team.

In addition to being popular, the course is infamously exhausting. “It was the most difficult race I’ve ever run,” said Sophomore Katie Frost, a member of the Girls’ Varsity. “Basically there are lots of hills. You go up [a hill], you think you’re done, then you see another hill!”

Despite the multitudes of obstacles, which included some severely dusty sections of track and “blisteringly hot” temperatures according to Frost, the Freshman Boys’ team earned second place overall. “I’m glad I did it; I felt really relieved afterwards,” said Hodgson.

The LJHS cross-country teams all have impressive achievements; ones they should be very proud of, with many members earning medals and the Girls’ Varsity team placing fourth in another race earlier this year. Their season is coming to a close on November 7th, so La Jolla High students are encouraged to support their friends on the team and inspire them to finish strong in these last few days.